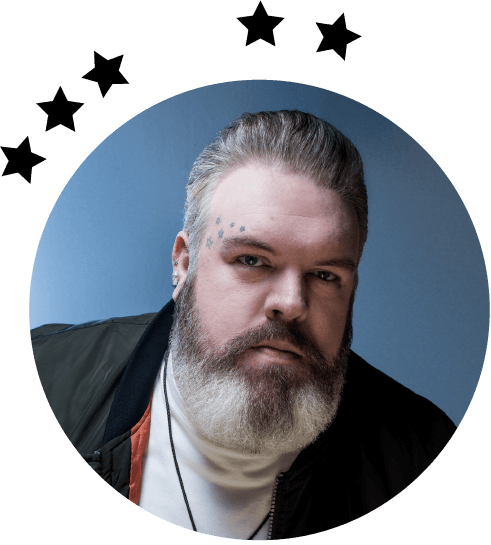 For the last 20 years, Kristian Nairn has been one of Ireland’s most prolific resident house DJs. He has remixed tracks for the Freemasons, Madison Avenue and Duke to name but a few, and has played alongside some of the best in the business, such as Steve Aoki, Dimitri Vegas and Like Mike, Fatboy Slim, Danny Howard and many more.

Kristian has played at venues all over the world including international superclubs Amnesia, Cafe Mambo and Hakkasan. He has also played at some of the biggest dance festivals, including Tomorrowland in Belgium, Untold Festival in Romania and Sunburn Festival in India.

A video of Kristian’s set at Cafe Mambo in 2017 went viral across all the major social media platforms to over 84.7 million people in 72 hours.

Kristian continues to release his own music, and achieved a chart topping collaboration with producer legend Ferry Corsten when they released an updated version of the classic ‘Galaxia’ by Moonman.

Kristian releases his podcast ‘Spektrum’ every month, attracting many thousands of music lovers where he plays a selection of his favourite upfront progressive house tracks including many of his own releases.

As well as his musical talent, he is famous for his role as the much loved character ‘Hodor’ in HBO’s juggernaut series Game of Thrones, which has obtained an exceptionally broad and active international fan base. It received widespread acclaim by critics, and the series has won numerous awards and nominations including two Primetime Emmy Award nominations for Outstanding Drama Series and a Golden Globe Award nomination for Best Television Series – Drama.

Kristian’s most recent acting credits include ‘Johnny’ in the 2018 film The Appearance, ‘Thomas’ in the 2018 film Robin Hood: The Rebellion, ‘Wallace’ in episode one of the 2018 TV series The Rookie and ‘Tek’ in the 2016 film Mythical: The Godslayer.

All information about booking Kristian can be found here

This website uses cookies to improve your experience while you navigate through the website. Out of these, the cookies that are categorized as necessary are stored on your browser as they are essential for the working of basic functionalities of the website. We also use third-party cookies that help us analyze and understand how you use this website. These cookies will be stored in your browser only with your consent. You also have the option to opt-out of these cookies. But opting out of some of these cookies may affect your browsing experience.
Necessary Always Enabled

Any cookies that may not be particularly necessary for the website to function and is used specifically to collect user personal data via analytics, ads, other embedded contents are termed as non-necessary cookies. It is mandatory to procure user consent prior to running these cookies on your website.